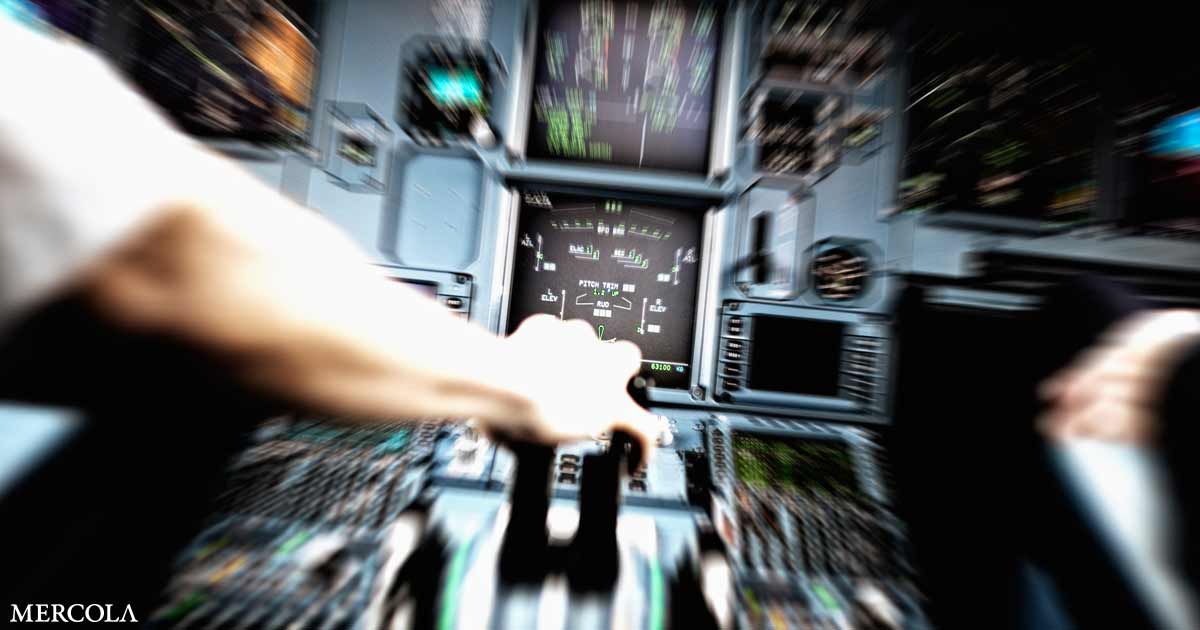 The idea that electromagnetic fields (EMFs) can impact your brain function is not new, but a recently launched investigation by the U.S. Defense Advanced Research Projects Agency (DARPA) really highlights the reality of such concerns.

The program,1 “Impact of Electro-Magnetics on Aircrew Neurology,” or ICEMAN, seeks to determine whether EMFs inside the cockpit may be causing pilots to crash. DARPA is currently accepting proposals and have allocated a budget of up to $225,000 for the research.

According to DARPA, the objective of the ICEMAN program is to “Determine if the current air combat cockpit environment impacts cognitive performance and/or physiological sensor performance; quantify the effects; and demonstrate potential mitigation strategies.”2

As noted by DARPA,3 fighter pilots operate in a very high-EMF environment these days, and it’s possible those EMFs may be causing pilots to become disoriented and confused, leading to plane crashes.4 Over the past few years, there’s been a rather extraordinary string of military jet and helicopter crashes.

Back in 2018, following a series of three aviation crashes that killed five service members over the course of two days, the director of the Pentagon’s joint staff tried to downplay the trend, rejecting questions suggesting military aviation was in a crisis, stating:5

“We’re are going to look at each one in turn. Each one is tragic. We regret each one. We will look at them carefully. I am certainly not prepared to say that it’s a ‘wave’ of mishaps or some form of ‘crisis.’”

In 2017, 37 service members died in noncombat crashes. By April 2018, there had already been five noncombat aviation crashes that year, killing nine service members. In December 2018, six Marines died during a refueling crash off the coast of Japan.6 The pilot, who died, was accused of losing situational awareness and causing the crash due to atypical maneuvering.

Recent DARPA-funded research has demonstrated that human brains sense magnetic fields, like those used by animals for navigation, and that this process is ‘jammed’ (i.e., disrupted) by radio waves (RF), impacting brainwaves and behavior. ~ DARPA

As reported7 by Fox News in April 2018, there were also several additional crashes and emergency landings that year that did not result in fatalities. Several noncombat air crashes also occurred in 20198,9 and 2020.10,11,12,13,14,15 Canada has also reported unusual military aviation crashes.16

It has been hypothesized that the cockpit RF and EM fields may influence cognitive performance including task saturation, misprioritization, complacency and spatial disorientation.

However, EM fields and radio waves in cockpits are not currently monitored, little effort has been made to shield pilots from these fields, and the potential impacts of these fields on cognition have not been assessed.

Recent DARPA-funded research has demonstrated that human brains sense magnetic fields, like those used by animals for navigation, and that this process is ‘jammed’ (i.e., disrupted) by radio waves (RF), impacting brainwaves and behavior.

Furthermore, recent findings were the first to show that even weak RF fields and ‘earth strength’ magnetic fields have measurable, reproducible effects on human brainwaves and unconscious behavior in a controlled environment. Current tactical audio headsets project magnetic fields up to 10 times earth strength, the effects of which can now be measured experimentally in a similar controlled environment.”

The ICEMAN project aims to determine “what effect, if any, the cockpit RF/EM environment may have on physiological sensor function and efficacy” by measuring and manipulating ambient EM and RF fields inside the cockpit to determine their effects on “brain activity, physiology, behavioral responses and physiological sensing systems.” Lastly, the program seeks to determine if and how any negative effects on neurology and sense function might be effectively mitigated.

All of this is a rather extraordinary admission that EMFs have neurological and physiological effects — a claim made by many scientists involved in EMF research that has been roundly dismissed as unsubstantiated and false by the wireless industry and regulators. Yet here is DARPA, admitting research has demonstrated that RF waves impact brainwaves and behavior.

Martin Pall, Ph.D., Professor Emeritus of biochemistry and basic medical sciences at Washington State University, has published research18,19,20,21 showing one of the primary mechanisms by which EMFs harm your biology is through the creation of peroxynitrites, which are potent sources of oxidant stress and secondary free radicals.

Low-frequency microwave radiation activates the voltage-gated calcium channels (VGCCs) in the outer membrane of your cells, causing them to open, thus allowing an abnormal influx of calcium ions. This activates nitric oxide, which combines with superoxide to form peroxynitrite.22

These potent reactive nitrogen species are associated with an increased level of systemic inflammation and mitochondrial dysfunction, and are thought to be a root cause for many of today’s chronic diseases. One of its most significant downsides of peroxynitrite is that it damages your DNA.

While your body has the capacity to repair that damage through a family of enzymes collectively known as poly ADP ribose polymerases (PARP), PARP require NAD+ for fuel, and when they run out of NAD+ they stop repairing your DNA, which can lead to premature cell death.

EMFs also damage your health in other ways. For example, the enzyme ATP synthase — which passes currents of protons into the mitochondrial intermembrane space, similar to current passing through a wire — powers the generation energy of the creation of ATP from ADP, using this flow of protons.

Magnetic fields can change the transparency of the flow of protons to the mitochondrial intermembrane space, thereby reducing the current. As a result, you get less ATP, which can have system wide consequences, from promoting chronic disease and infertility to lowering intelligence.

How EMFs Cause Neuropsychiatric Problems

In a 2016 paper,23 Pall describes how EMFs can trigger neuropsychiatric problems specifically. As mentioned, EMFs trigger the opening of VGCCs, thereby causing a chemical cascade resulting in the production of harmful peroxynitrites.

Your brain and nervous system have a particularly high density of VGCCs, which is why these areas are particularly prone to the impacts of EMF. VGCC activation also triggers excessive neurotransmitter and neuroendocrine release.24

Considering the neurological effects demonstrated in many different studies over the course of decades, it seems entirely reasonable to suspect some pilots are being cognitively impaired by EMFs inside the cockpit, some to the point of losing control of their aircraft. As explained in Pall’s paper:25

“Excessive VGCC activity has been shown from genetic polymorphism studies to have roles in producing neuropsychiatric changes in humans. Two U.S. government reports from the 1970s to 1980s provide evidence for many neuropsychiatric effects of non-thermal microwave EMFs, based on occupational exposure studies.

In summary, then, the mechanism of action of microwave EMFs, the role of the VGCCs in the brain, the impact of non-thermal EMFs on the brain, extensive epidemiological studies performed over the past 50 years, and five criteria testing for causality, all collectively show that various non-thermal microwave EMF exposures produce diverse neuropsychiatric effects.”

Virtually everyone needs to consider EMF remediation these days. At bare minimum, everyone needs a low EMF environment during sleep, in order to prevent accelerated aging and everything that goes with it.

Your body rejuvenates and detoxes during sleep and if your body is bombarded with EMFs all night long, it won’t be able to effectively perform those crucial cleanout and regenerative functions. Sleeping in an EMF-free environment can go a long way toward avoiding electrosensitivity, which by the way tends to come on very rapidly, in many cases seemingly “overnight.”

Common symptoms of electromagnetic hypersensitivity include ringing in the ears, distress when exposed to fluorescent lights, a feeling of burning or prickling in the skin, headache, heart palpitations and inexplicable anxiety, for example. Once you’re electrosensitive, additional and more extensive remediation strategies may become necessary.

While not as saturated as the cockpit of a fighter plane, the average home today is bathing in EMFs from a wide range of electronics and wireless gadgets. Six primary sources of EMF stress that can impact your health are:

Over the past decade, I’ve written many articles discussing the evidence of biological harm from nonionizing EMF radiation, which I believe is one of the greatest challenges to public health facing us today. For a refresher, see my previous article, “Reduce EMF Exposure.”

These challenges will only get worse now that 5G is being rolled out across the globe. For a recap on the additional hazards brought on by 5G, see “5G Apocalypse: The Extinction Event,” which features a documentary by the same name, or “Scientific American Warns: 5G Is Unsafe.”

My book “EMF*D” is an attempt to inform you about the hidden harms of EMF and what you need to do to protect yourself and those you love. I also reveal the reasons why you’ve been left in the dark about this serious health threat. In it, I review:

The tragedy is that 5G isn’t even necessary. As discussed in “War Against 5G Heats Up,” the American public has already paid for the implementation of fiber optic cables across the country, which would be far safer and just as fast as 5G. State utilities stole that money and illegally redirected it toward wireless infrastructure instead. 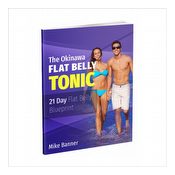 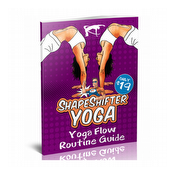 Introducing a breakthrough program that melts away flab and reshapes your body in as little as one hour a week Get Your Sexiest Body Ever Without crunches, cardio, or ever setting foot in a gym
Visit Website 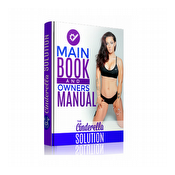 Cinderella Solution system has a 2 step solution that will allow you to lose weight without engaging in boring, repetitive cardio and without giving up the carbs that everyone loves to eat.
Visit Website 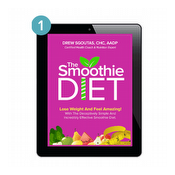 This Is NOT Just A Big Book Of Smoothie Recipes. You're Getting The Same Proven5-Week Weight Loss And Health Improvement Program I Share With My Private Clients. All the smoothies are given in a very specific sequence and frequency to maximize your results.
Visit Website 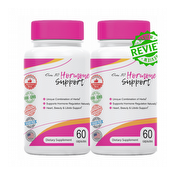 The only weight loss solution designed specifically for women over 30 that fixes your hormones that change as you age. Learn How a 55 Year Old Mother of Three Discovered The Over 30 Hormone Weight Loss Solution That Over 97% Of People Still Have No Idea Exists
Visit Website

This E-book Takes Readers Through A 10-step Process so They Can Quickly Lose All The Weight. 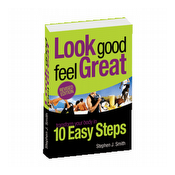 A rapid and lasting weight loss system to have a desired body. 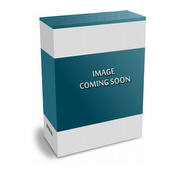 The creator of Slimquest system, Biodun Ogunyemi has long been fascinated by the role that our subconsciousour unconscious mindhas on our decisions, our behaviours, and our lifestyles.The programme consists of 4 powerful sessions that you can get access to and download immediately.
Visit Website

Finally A ' foolproof ' way for women to lose weight 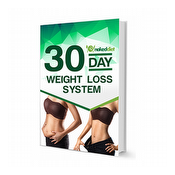 How to Get Skinny Fast 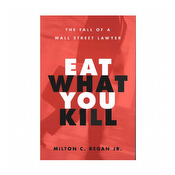 Get The Cunning Body-Hack eBook That Will Change The Way You Look At Weight Loss Forever... It Will Activate Your Metabolic Response Through Hunger-Slashing and Burn 50% Of ALL Your Daily Calories From Your Stored Fat
Visit Website

3 Weird Tricks For A Flat Belly

Learn How to get lean in 21 days and stay that way forever... 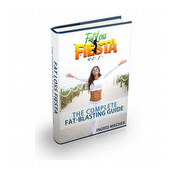 Fat Loss Fiesta by Ingrid Macher: 3 Weird Tricks for a Flat Belly Keep reading to discover... Why you absolutely MUST regularly cheat on your diet.. How to get lean in 21 days and stay that way forever.. and the Harvard University Mind-Body fat loss secret.
Visit Website

Constitutional Sheriffs Are the Difference Between Freedom and Tyranny

How Has the Web Changed Healthcare? – The Health Science Journal

Strain Managment In the course of COVID-19 | achs.edu

Foam Rollers to Add to Your Home Gym